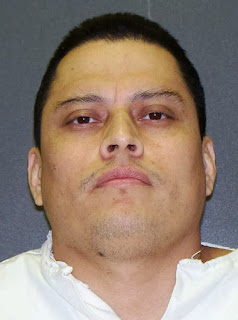 “I’ve never been a violent person,” Arturo Diaz said in a recent interview. But Diaz was convicted of tying a man up with his own shoelaces then stabbing him 94 times before stealing $50 from the victim. Possible explanation? At his trial, a psychologist testified that one bad car accident and too many fistfights might have caused so much head trauma that Diaz could no longer “perceive reality.”


Diaz was executed by the state of Texas tonight, which recently ran out of the lethal drug pentobarbital supplied by a company in Denmark. Many other states have run out of pentobarbital as well, prompting some to put their executions on hold. But Texas managed to obtain a new supply of the drug from a mysterious unnamed source, so there was no change to their execution protocol.


Since Texas did away with special last meal requests in 2011, Diaz was served the same food as others in his unit. For his last meal, Arturo Diaz had Salisbury steak, steamed rice, brown gravy, mixed vegetables, corn, pinto beans, sliced bread, and a choice of lemonade, tea, or water to drink.
Posted by Last Suppers at 8:31 PM No comments: 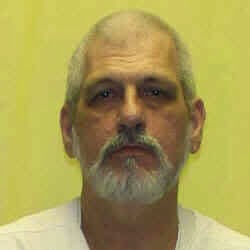 In prison, where even a tiny square of cake from the cafeteria is considered a prized commodity, it's common to hear one inmate say to another, "Hey! Keep your hairy mitts off my food!"

Imagine, then, the commotion that would've erupted if any of Ohio's other inmates had glimpsed the final meal ordered by condemned killer Harry Mitts Jr. prior to his execution today: steak with sauteed mushrooms and onions, Caesar salad with Ranch dressing, Italian bread, French fries, peach pie, butter pecan ice cream, and Dr. Pepper. Harry Mitts would've spent the entire day yelling, "Hey! Keep your "me" off of my last meal!"

Mitts earned his death sentence for a rampage in 1994 that resulted in the deaths of both a neighbor and a police officer. Two more police officers were shot and wounded at the scene.
Posted by Last Suppers at 7:03 PM No comments:

Nothing But Bare Bones for Robert Garza 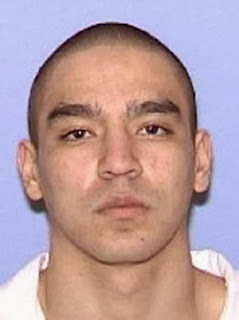 In a recent death row interview, Robert "Bones" Garza told a reporter that he wanted ice cream as part of his last meal. Garza apparently missed the memo about Texas inmates no longer having the privilege of ordering a special last meal, a rule that's been in effect for two years now. That means no t-bone steak, no bone fish, nor any other food that might whimsically tie in with the inmate's nickname.

The error regarding last meals wasn't the first mistake Garza ever made. He was part of a gang that had been ordered to kill a waitress from a local bar before she testified against their boss in court, but the gang killed four different waitresses from that bar by mistake.

Because Texas doesn't allow special last meals, inmates are given the same food as everyone else on their unit. For his last meal, Robert Garza had chicken patties, mashed potatoes and gravy, corn, navy beans, and sliced bread. His beverage choices were punch, tea, or water.
Posted by Last Suppers at 7:22 AM No comments: 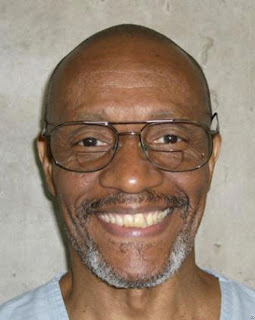 Anthony Banks was executed tonight by the state of Oklahoma for the rape and murder of Sun "Kim" Travis in 1979. Banks was already in jail serving a life sentence for an unrelated murder when DNA evidence linked him to the death of Travis.

As our fans know, Oklahoma only allows inmates to order food from local restaurants or stores for their last meals, and the spending limit is a mere $15. For his last meal, Anthony Banks asked for three apple-filled bear claws and two 16-ounce bottles of water.

Why such an unusual last meal request, you may ask? We've come up with several options.

1.) Banks believed that breakfast was the most important meal of the day, even if it's your last day.

2.) By ordering something commonly found in a doughnut shop, Banks was making an abstract statement about the universal oneness between criminals and policemen.

3.) Banks thought he would receive actual bear claws, which he could then fasten to his hands like Wolverine in order to fight his way out of prison.

Posted by Last Suppers at 8:19 PM No comments:

Ever wondered how the last meals of condemned women compare to their male counterparts? Check out my new article on the Criminal Element website!

"Last Supper of a Black Widow and More Women of Death Row."
Posted by Last Suppers at 11:17 AM No comments: