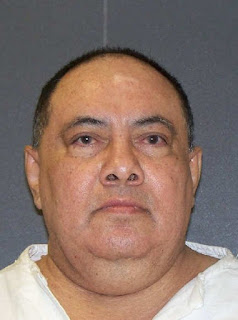 Roberto Ramos was executed tonight by the state of Texas. Ramos earned his death sentence in a particularly gruesome way; by bludgeoning his wife and two children, ages 3 and 7, with a sledgehammer before burying them beneath the floor of his bathroom. Three days after the murders, Ramos married a woman he had been having an affair with and moved her into the home where his family was buried.

When asked if he had any last words, Ramos responded as if he were at a retirement party instead of an execution. “I’m getting my gold watch that it took the governor 30 years to forge,” he said. “Thank you, God. Lord, send me a chariot. I’m ready.”

Because Texas no longer allows special last meal requests, Ramos was given the same food as others in his unit. For his last meal, Roberto Ramos had pepper steak, steamed rice, mixed greens, pinto beans, sliced bread, oven-fried potatoes, country gravy with sausage, mixed fruit, biscuits, and a choice of tea, punch, or water to drink.
Posted by Last Suppers at 6:33 AM 1 comment: 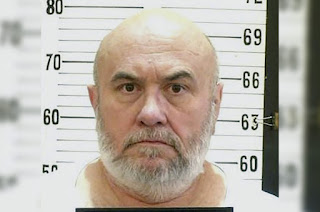 If most people were asked that question, the resounding answer would be no. But Edmund Zagorski isn’t your average guy in any way, shape, or form.


Zagorski earned his death sentence for shooting two men, slitting their throats, then robbing them during a drug deal. While awaiting his execution date on Tennessee’s death row, Zagorski decided to choose the electric chair instead of lethal injection as his method of execution.


But Zagorski wasn’t finished showing what a nonconformist he is. For his last meal, Zagorski chose pickled pig’s knuckles and pig’s tails, a meal that most people would deem even more “cruel and unusual” than a trip to the electric chair.


Let’s hope he didn’t drop any of that unusual last meal into his lap while he was eating, though, because no macho death row inmate wants to go to the electric chair with his tail between his legs.


Zagorski was executed this evening after proclaiming, “Let’s rock!”
Posted by Last Suppers at 9:25 PM No comments: 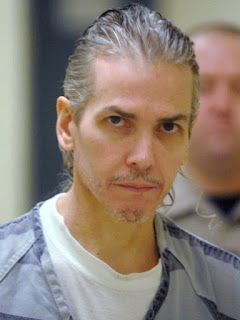 Rodney Berget was executed by the state of South Dakota on November 29, but before he died he acknowledged that breakfast is the most important meal of the day...even if it's your last day!

Berget earned his death sentence for killing a correctional officer during a failed prison escape attempt.
Posted by Last Suppers at 7:14 PM 1 comment: