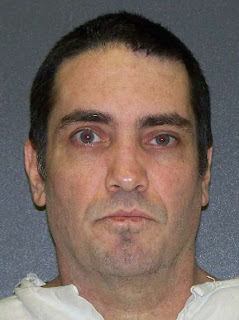 You know how some people always seem a little bit grumpy? Well, Douglas Feldman, executed tonight by the state of Texas, wasn’t like that. Douglas Feldman was REALLY grumpy. All the time. And he didn’t try to hide it, either. In a letter to a former girlfriend, Feldman once wrote, “I have come to hate every single person on this planet with all my heart and soul.” He went on to say, “If I had a button which would kill every single person on this planet, I would push it with no hesitation whatsoever!”

It’s no surprise, then, that someone with such a huge chip on his shoulder was executed for crimes of rage. Feldman was riding his motorcycle in August 1998 when he became angry at a truck driver who cut him off on the highway. Feldman fired multiple shots at both the truck and the driver, killing the man. A few miles down the road, Feldman saw another truck driver filling up his rig at a gas station; he shot and killed that man as well. One week later, Feldman shot and injured another man who was standing outside a fast food restaurant. That man survived and gave Feldman’s license tag number to the police.


It's no surprise that Feldman was dubbed the "Road Rage Killer."

Since Texas did away with special last meal requests in 2011, Douglas Feldman was served the same food as others in his unit. He was given his lunch tray and dinner tray at the same time, and was able to eat whatever he wanted from each. The first tray contained BBQ chicken, sliced bread, potato salad, and pinto beans. The second tray contained baked pork chops, macaroni & cheese, mixed veggies, butternut squash, Great Northern Beans, cornbread, and yellow cake with chocolate icing. He had a choice of lemonade, punch, tea, and water to drink.

We're not sure if Feldman had access to TV, magazines, or video games during his final hours, but if given the opportunity, we’re guessing he would have spent the time watching Mad Men, reading Mad magazine, and playing Angry Birds.
Posted by Last Suppers at 8:16 PM No comments: 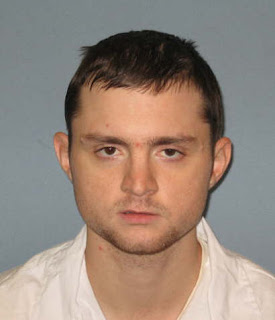 Last meal aficionados probably weren't shocked by the--shall we say, rustic--meal ordered by Andrew Lackey prior to his execution today in the state of Alabama.

First of all, the murder that earned Lackey his death sentence wasn't exactly an act of criminal genius. Lackey shot, stabbed, and beat an 80-year-old man to death in 2005 because the victim's grandson told Lackey that his grandfather had a secret vault in his basement filled with money and gold bars. Believing the tale, Lackey invaded the home and killed its resident when the aforementioned vault turned out to be nonexistent. Because of this, one would expect Lackey's tastes to be--shall we say, simple.

Second, the last time we checked, Alabama was ranked 53rd on the list of US states with the greatest appreciation for gourmet cuisine. Therefore Lackey's choice of grilled cheese and turkey bologna sandwiches, with a side of French fries, seems utterly apropos.
Posted by Last Suppers at 8:30 PM No comments: 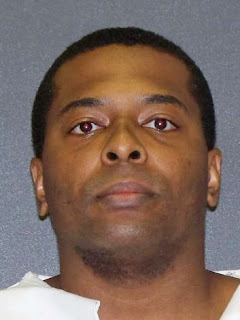 Vaughn Ross, executed today by the state of Texas for a double murder in 2001, couldn't help getting a little testy in the middle of his last words. He began his statement with a loving message to his family:

"I want to thank my family for supporting me through this. I love y'all. I don't fear death. I'm fine. I'm okay. To my friends and my loved ones, Miriam, I love you, thanks for being here for me."

But then Ross gave a last minute sucker punch to the legal system that convicted him:

"This is what it is. I know this is hard for y'all, but we are going to have to go through it. We know the lies they told in court. We know it's not true."

Ross, who moved to Texas from St. Louis as a young man, once remarked that the state's vigorous death penalty was one of the first things he noticed about it.

"I noticed how many executions were being carried out in the state and I was like, 'Man, I might get put on death row for jaywalking or something.' It was a silly joke, and then bam, I'm here."

Since Texas did away with special last meals in 2011, Ross was served the same food as everyone else in his unit. For his last meal, Vaughn Ross had baked chicken, corn, steamed rice, sliced bread, with tea and water to drink.

Posted by Last Suppers at 8:32 PM No comments:

No Quarter for Quintanilla 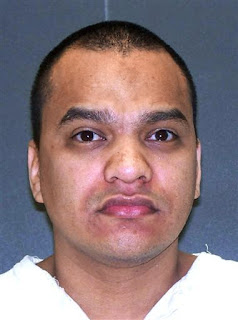 After a flurry of failed last-minute appeals, John Quintanilla has been executed by the state of Texas. Quintanilla was sentenced to death for shooting and killing a retired deputy sheriff during an armed robbery. That crime took place just months after Quintanilla was released from jail after serving time on other robbery charges.

Since Texas did away with special last meals in 2011, Quintanilla was served the same food as others in his prison unit. His final lunch was chili mac, sweet peas and carrots, pinto beans, and cornbread. Quintanilla's last meal was Salisbury steak, mashed potatoes with brown gravy, and sliced bread, with lemonade, punch, tea, and water to drink.
Posted by Last Suppers at 9:15 PM No comments: