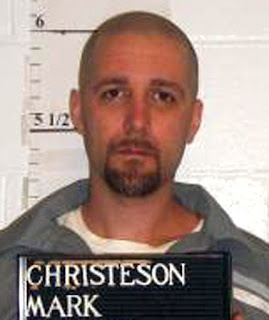 Heinous triple-killer Mark Christeson was executed by the state of Missouri tonight for his part in the horrific slayings of a mother and her two young children back in 1998. Together with his cousin, Christeson raped and robbed the mother than killed her, her 12-year-old daughter, and her 9-year-old son.

Missouri's death row protocols allowed Christeson to order a last meal, but ironically the Show-Me State has yet to show us what it was. A British newspaper reports that Christeson ate a bacon cheeseburger, fries, and pecan pie, but my contacts at the Missouri DOC are strangely silent and no official last meal has been released to the American press as of this writing. 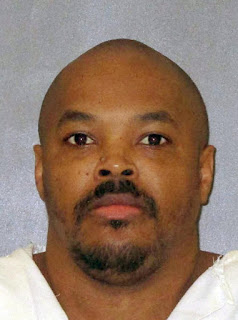 Convicted double-killer Terry Edwards was executed by the state of Texas tonight for his part in the slaying of two employees at a Subway sandwich shop in 2002. Edwards had formerly worked at the Dallas restaurant, but was fired for stealing money from the cash register. A few weeks later, the disgruntled Edwards returned to the Subway with his cousin to rob the place. During the course of that robbery, the two employees on duty were both shot in the head and killed.

After he was arrested, Edwards first tried to blame the murders on a mysterious man named “T-bone.” But audio recordings from the time of the arrest tell a different story, as Edwards is heard remarking, “Man, I done fucked up this time. Man, I fucked up big time. Got two mother fucking murders.”

Because Texas no longer offers special last meals, Edwards ate the same food as others in his unit today. For his last meal, Edwards had Salisbury steak, macaroni and cheese, mixed vegetables, mixed greens, pinto beans, corn bread, and sliced bread, with a choice of water, tea, or punch to drink.
Posted by Last Suppers at 8:23 AM No comments:

Ricky Gray was 50 Shades of Evil 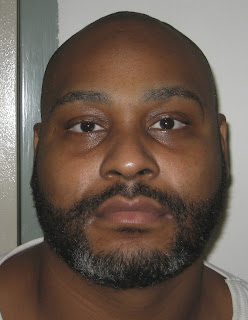 Ricky Gray was executed by the state of Virginia last night for his part in the horrific killing of an entire family in 2006. While looking for a home to rob, Gray and his nephew saw a house with an open front door and went inside; they tied up the family living there, which included a husband, wife, and two young girls, assaulted all the victims with knives and hammers, then set the house on fire. Before they left, the pair stole a computer, a wedding ring, and a basket of cookies.

Gray requested no last meal and spoke no last words.
Posted by Last Suppers at 8:42 AM No comments: 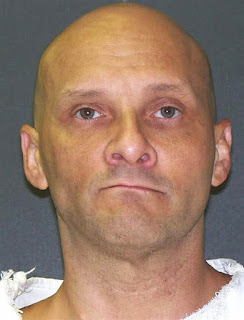 Convicted double murderer Christopher Chubasco Wilkins was executed by the state of Texas tonight, marking the first execution of the new year. Wilkins earned his death sentence for shooting and killing two men in 2005 after one of the men sold Wilkins a bag of gravel, claiming it was crack cocaine, and then made fun of him for being so gullible.

“I've been in the game long enough,” Wilkins said about the prank. “We rob each other all the time. That's what we do. But he didn't have to sit there and laugh at me.”

Wilkins also admitted to killing a third man two days earlier during an argument over a payphone, and he once tried to run two people over with a stolen car because he thought one of them had stolen his sunglasses.

Perhaps the killer’s unusual middle name has something to do with his violent, unpredictable temper. Contrary to popular belief, Chubasco is not a hot-sauce-loving Wookie from the new Star Wars film. It’s actually the term for a fierce storm filled with thunder and lightning which springs up without warning along the coast of Mexico and Central America during the rainy season.

Prior to his execution, the savage killer enjoyed a last meal that was quite sedate. Because Texas doesn’t allow special last meal requests, Wilkins ate the same meal served to others in his prison unit: baked chicken, macaroni and cheese, green beans, carrots, ranch-style beans, and sliced bread, with pear crisp for dessert. He was given the usual choice of tea, punch, or water to drink.
Posted by Last Suppers at 9:06 PM No comments: