Meats and Sweets for Eric Branch 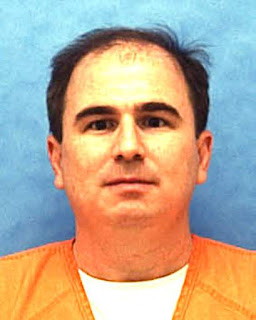 Convicted killer Eric Branch was executed by the state of Florida tonight. Branch earned his death sentence for the 1993 rape and murder of a college student whose car he wanted to steal.

For his last meal, Branch doubled up on meats and sweets by ordering a pork chop, a T-bone steak, French fries, two pints of Ben and Jerry's ice cream, and ginger ale.

Posted by Last Suppers at 7:32 PM No comments: 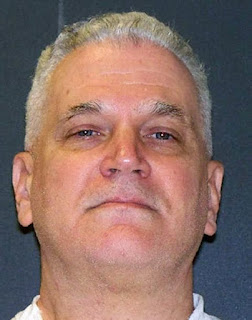 John Battaglia was executed by the state of Texas tonight for killing his two young daughters in 2001.

Battaglia, who was divorced from his wife and had been granted weekly visits with his girls, was watching his 6-and-9-year-old daughters while his estranged wife was in her own home. Battaglia, who had argued and fought repeatedly with his ex-wife, called the woman on speaker phone then shot and killed the two girls while their mother listened. Battaglia then announced, “Merry fucking Christmas,” despite the fact that the date was May 2. Afterward, Battaglia drove to a tattoo parlor and got two rose tattoos on his left arm, one for each of his daughters.

Battaglia was found guilty and sentenced to death, but his lawyers claim the man committed his crime because he’s mentally impaired. According to court records, Battaglia suffers from delusions that cause him to think he is “being conspired against, cheated, spied on, followed, poisoned or drugged, maliciously maligned, harassed, or obstructed in the pursuit of long-term goals.”

Because Texas no longer allows special last meal requests, Battaglia was served the same food as others in his unit. For his last meal, Battaglia had a chicken patty, mashed potatoes with country gravy, green beans, corn, cornbread, and a choice of tea, punch, or water to drink.
Posted by Last Suppers at 8:02 AM No comments: