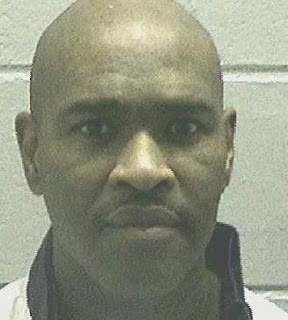 Brian Keith Terrell was executed by the state of Georgia early this morning for the 1992 killing of a 70-year-old man. Terrell killed his elderly victim because he feared the man would turn him in to the police for stealing checks.

Terrell chose not to order a special last meal, so he was given the same food as others in his unit. For his last meal, Terrell was given chicken and rice, rutabagas,
seasoned turnip greens, dry white beans, cornbread, bread pudding, and fruit punch.
Posted by Last Suppers at 8:30 AM No comments: 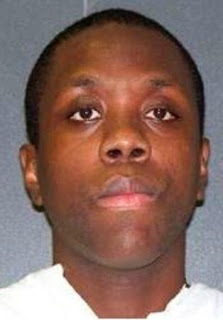 Raphael Holiday, sentenced to death for starting a house fire that killed three children, was executed tonight by the state of Texas. Holiday's own daughter and her two half-sisters were killed in the blaze, which was allegedly started because Holiday was angry that his common-law wife had filed a restraining order against him after he assaulted one of the girls.

Because Texas no longer allows special last meal requests, Holiday was given the same food as others in his unit. For his last meal, Raphael Holiday was served barbecued chicken, potato salad, green beans, black-eyed peas, sliced bread, and Jell-O cake, with a choice of water, tea, or punch to drink.
Posted by Last Suppers at 10:40 PM 1 comment: 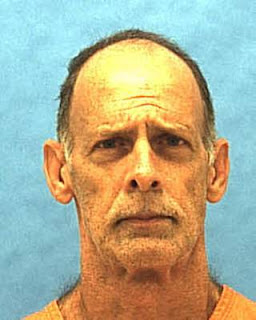 Jerry Correll was executed by the state of Florida tonight for the heinous 1985 stabbing murders of his daughter, his ex-wife, his ex-mother-in-law, and his ex-sister-in-law. And after spending 30 years on death row, Correll showed that his imagination was just as limited as his mean streak was large. Despite the fact that Florida allows inmates a $40 budget for last meals and will whip up steak, lobster, and fancy desserts if the condemned man so desires, Correll ordered only a cheeseburger, french fries, and a Coke for his last meal.
Posted by Last Suppers at 11:30 PM No comments:

An Escamillion Reasons to Execute Licho 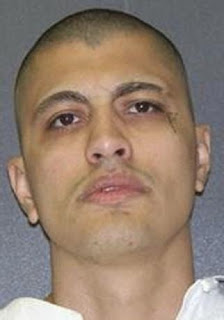 Licho Escamilla was executed by the state of Texas tonight for the brutal murder of a Dallas police officer in 2001. The killing occurred outside a Dallas night club when the policeman, who was off duty and working as a member of the club’s security team, tried to break up a fight.

At the time of that murder, Escamilla was already wanted for another fatal shooting that occurred three weeks earlier. Escamilla bragged about killing the policeman after his arrest, then threw a wild fit at his trial when the judge announced the guilty verdict. Escamilla hurled a pitcher of water at the jury box, flipped over a table, and began kicking and punching bystanders until he was finally subdued by a group of deputies.

Because Texas no longer allows special last meal requests, Escamilla was served the same food as others in his unit. For his last meal, Licho Escamilla had pepper steak, steamed rice, brown gravy, carrots, corn, pinto beans, sliced bread, and brownies, with a choice of water, tea, or punch to drink.

That meal sounds pretty tasty, but considering Escamilla’s heinous crime, a big serving of pepper spray might have been more appropriate than pepper steak.
Posted by Last Suppers at 10:39 PM 1 comment:

Garcia is No Chicken, But His Last Meal Was 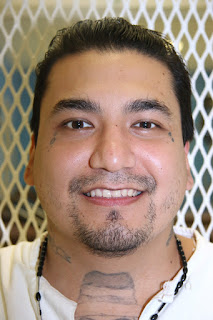 Juan Martin Garcia was executed by the state of Texas tonight for his part in the robbery and murder of a former missionary, a crime which netter Garcia and his accomplices a whopping $8.


“If it’s God’s will, it’s God’s will,” said Garcia shortly before his death, apparently resigned to his fate. Garcia claimed to be at peace with his fate, and said he would face his execution bravely.

Because Texas no longer allows special last meal requests, Garcia was served the same food as others in his unit. For his last meal, Juan Garcia had chicken and rice casserole, green beans, corn, ranch style beans, cornbread, and a choice of tea, punch, or water to drink.
Posted by Last Suppers at 7:48 PM No comments: 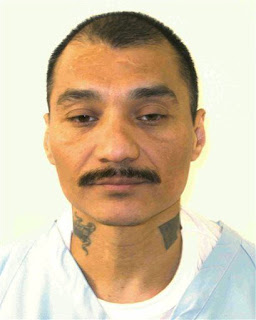 For those who are wondering, we're still trying to track down the last meal of Alfredo Prieto, executed tonight by the state of Virginia for the murder of a young couple.

As readers of our book know, Virginia isn't exactly a fountain of information when it comes to revealing the last meals of their executed inmates:

This state ranks as a major disappointment in the world of death row dining.  Not only is the condemned man forced to choose his final meal from the bland, ordinary foods commonly available in the prison kitchen, but Virginia is the only state where the convict may opt to keep his choice of a last meal hidden from the press. This unsavory practice ensures that while the condemned man chows down, the public’s appetite for information goes unsatisfied. Come on, Virginia; get with the program!
Posted by Last Suppers at 10:26 PM 2 comments: